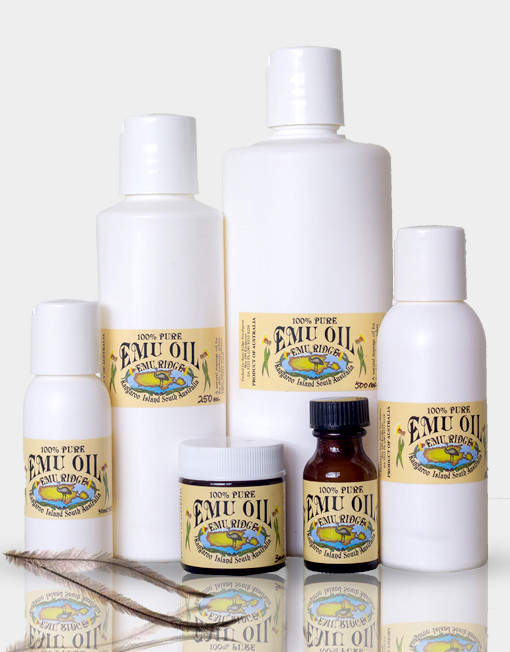 We’ve heard about the powerful therapeutic properties of fish oil before, but did you know that oils derived from birds can also be beneficial? Emu oil is made up of essential fatty acids, like omega-3s, and it naturally reduces inflammation and treats skin conditions, among many other incredible benefits.

In fact, a 2012 study conducted in Australia found that emu oil, when administered orally and topically, possesses significant anti-inflammatory properties. Researchers indicated that it’s able to treat inflammatory disorders affecting the gastrointestinal system. Further research suggests that emu oil is a powerful tool that can be used to treat many conditions that result from inflammation.

What Is Emu Oil?

Emu oil is taken from the fat of the emu, a flightless bird native to Australia that resembles an ostrich, and predominantly comprises fatty acids. Thousands of years ago, the Aboriginals of Australia, known to be one of the oldest groups of people on Earth, were the first to use emu fat and oil to treat skin infections. Since then, emu oil has become so popular that doctors recommend it for the treatment of burns and other skin conditions. When used topically and orally, emu oil is known to possess anti-inflammatory properties that can help treat a number of health issues, including muscle pain, migraines and skin conditions.

A study conducted by the Nutrition and Metabolism Research Group in Canada found that omega-3 fatty acid supplementation reduced plasma triglyceride levels after a three-month period without affecting LDL or HDL cholesterol levels. The linoleic acid found in emu oil is known to help with fat loss, which can also have a positive effect on cholesterol levels.

Emu oil acts as an anti-inflammatory agent, helping relieve muscle and joint pain and improve the recovery of wounds or damaged skin. A study published in Inflammopharmacology found that when used topically, emu oil’s anti-inflammatory properties were just as effective as oral administration of ibuprofen. Because it has the ability to decrease swelling and minimize aching, it can be used to relieve the symptoms of carpal tunnel, arthritis, headaches, migraines and shin splints.

The essential fatty acids, antioxidants and vitamins within emu oil help prevent or treat infections when it’s applied topically. It also has bacteriostatic properties, giving it the ability to stop bacteria from reproducing. Research shows that the linolenic acid found in emu oil has the power to treat antibiotic-resistant infections, such as H. pylori, an infection that’s responsible for various gastric diseases, including gastritis, peptic ulcers and gastric malignancy.

Because emu oil reduces irritation and inflammation, it can also be used to relieve cough and flu symptoms naturally. It also contains vitamin A and essential fatty acids, which are responsible for several immune system functions.

The 2012 study conducted in Australia mentioned previously tested the therapeutic activity of emu oil on the gastrointestinal tracts of mice. Researchers found that it demonstrated partial protection against chemotherapy-induced mucositis, the painful inflammation and ulceration of the mucous membranes lining the digestive tract.

Mucositis usually occurs as an adverse effect of chemotherapy and radiotherapy treatment for cancer. Based on these findings, researchers concluded that emu oil is able to improve intestinal repair, and it can form the basis of an adjunct to conventional treatment approaches for inflammatory disorders affecting the gastrointestinal system.

Emu oil absorbs into the skin easily because it contains fat lipids that are similar to those found in the tip layer of the skin. The oil is also able to break through the barrier of the skin and penetrate deep within the surface, allowing it to act as a powerful moisturizer. It can be used to smooth rough elbows, knees and heels; soften the hands; and reduce itching and flakiness from dry skin.

Because of emu oil’s anti-inflammatory properties, it has the power to reduce swelling and a number of skin conditions, such as psoriasis and eczema. It also stimulates skin cell regeneration and circulation, so it can help those suffering from thinning skin or bed sores, plus it helps to reduce the appearance of scars, burns, stretch marks, wrinkles and sun damage.

Topical application of emu oil can relieve painful, dry and cracked nipples that are experienced by mothers when they begin breast-feeding. A 2016 study published in the Journal of Evidence-Based Complementary and Alternative Medicine found that applying emu oil to the areola is effective in soothing damage caused by breast-feeding. In the study, 70 at-term breast-feeding mothers used emu oil-based cream on the areola, and the treatment was effective in improving hydration of the area while it did not affect skin pH, temperature or elasticity.

The antioxidants present in emu oil promote healthy hair and nails. The vitamin E helps reverse environmental damage to hair and promote circulation to the scalp. Emu oil can be used for the hair to add moisture and promote hair growth.

Experimental animal studies were performed to evaluate hair growth potential of emu oil, and researchers found that emu oil treatment exhibited a significant potency in promoting hair growth in comparison with a marketed 5 percent minioxidil solution. It’s also beneficial for the nails by moisturizing the cuticles and reducing inflammation that may be caused by a condition like toenail fungus.

Emu oil comes from the emu, or dromaius novaehollandiae, the second-largest living bird by height, after the ostrich. Much like the ostrich, emus have long necks and legs, and they can reach up to 6.2 feet in height. Emu oil is derived from the adipose tissue of the bird. Depending on the method of extraction and the diet of the emu, the oil can be anywhere from an off-white, creamy texture to a thin, yellow liquid.

The therapeutic qualities of emu oil come from its unsaturated fatty acids, making up about 70 percent of its composition. Studies suggest that the combination of omega-9, 6 and 3 fatty acids bring about emu oil’s anti-inflammatory and other beneficial actions. It also contains variable levels of several compounds with antioxidant properties. Its benefits lie in the high levels of essential fatty acids and vitamins, including:

Emu oil is also made up of eicosanoids, which are signalling molecules that exert complex control over many bodily systems. Eicosanoids act as messengers in the central nervous system, and they control growth during and after physical activity, along with inflammation as a result of exposure to toxins or pathogens. Eicosanoids are formed primarily from omega-6 and omega-3 fatty acids, which can be found in the tissue of mammals, like the emu.

The oil contains vitamins E and A, both contributing to its ability to heal the skin and reduce inflammation. Vitamin E serves as a natural anti-aging agent; it strengthens the capillary walls in the skin and helps improve moisture and elasticity. Vitamin E also helps balance cholesterol and fight free radical damage. Vitamin A is a powerful antioxidant that plays a critical role in maintaining healthy skin and reducing inflammation. Vitamin A also boosts the immune system, helping fight conditions like the common cold, cough or flu.

Some veterinarians use emu oil on animals to soothe their irritated skin, help with wound healing and reduce pain. It can be applied topically to the paws of an animal, for example, to reduce joint pain and protect the area from infection. It can even be used to ease the pain of arthritis and flea bites naturally.

A study published in the American Journal of Veterinary Research evaluated the effects of emu oil on auricular (ear) inflammation in mice. Compared with the controls, the magnitude of swelling was significantly reduced after only six hours of treatment with the oil. This study suggests that emu oil is a safe, inexpensive and natural way to treat inflammatory conditions in animals.

How to Find and Use Emu Oil

Our Emu Ridge Emu Oil can be purchased online or at a health food store. When shopping for it, make sure to purchase it from a reputable company because it’s sometimes mixed with other less expensive oils. Look for a bottle that guarantees that it’s 100 percent pure-grade oil. Because of emu oil’s popularity, some companies have begun to breed emus in inhumane conditions in order to turn over a quick profit. Look for emu oil that’s derived from emus that were raised exclusively on Australian soils and were not fed GMO feed, antibiotics, growth hormones, vaccinations or pesticides.

Use pure emu oil topically by rubbing it directly on the area of concern. This helps reduce inflammation and pain, plus it soothes irritated or dry skin. It can also be used as a massage oil, which can be especially helpful for people with arthritis or itching, flaky skin.

Emu oil can also be used internally to reduce cholesterol levels or as a means of dietary fatty acids. It can be found in gel capsules, but be sure to purchase internal supplements from a reputable company that guarantees that the oil is pure-grade.

Possible Side Effects of Emu Oil

Emu oil is known to be hypoallergenic because its biological makeup is very similar to that of human skin. It’s so popular because it does not clog the pores or irritate the skin. If you have sensitive skin, apply only a small amount of it first to be sure that your skin won’t have an allergic reaction. Emu oil is known to be safe for internal use as well, as it contains beneficial essential fatty acids and vitamins. Studies show that adverse effects are uncommon.

Please see this link for more info on our Emu Oil https://www.emuridge.com.au/emu-oil-australian/ 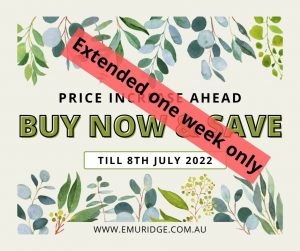 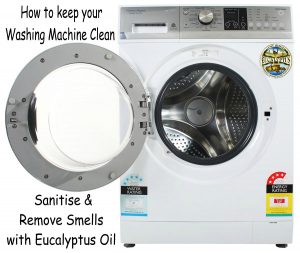 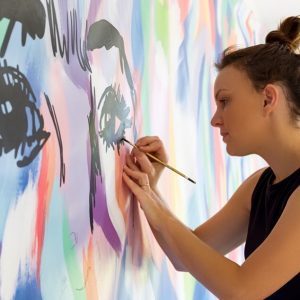 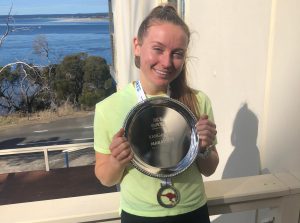 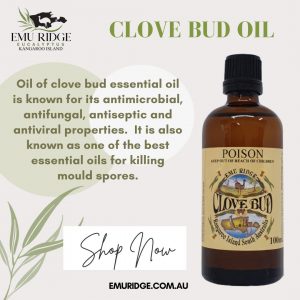