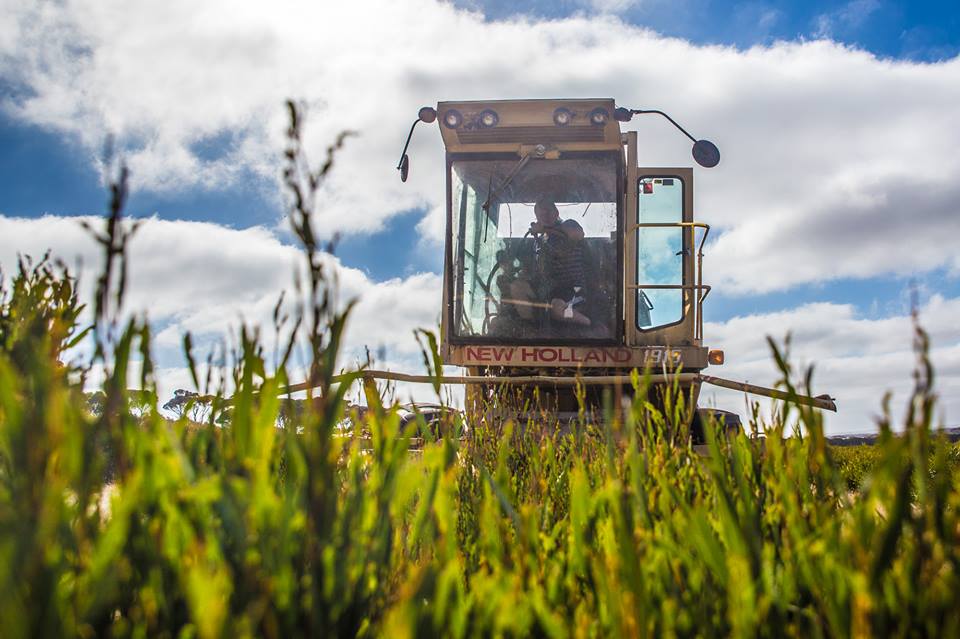 Australia’s economy may have ridden on the sheep’s back but the colonies’ first export was actually Eucalyptus oil. From a small batch of oil distilled from Sydney peppermint gum sent to England by First Fleet Surgeon-General John White, an industry grew around the use of the oil for medicinal and industrial purposes.

As demand grew around the world, Australia dominated the global supply. But as the 20th century progressed, cheaper production from plantations in Spain, Portugal, South Africa and China drove Australia’s market share down to less than 5%.

Today the global market for Eucalyptus oil sits at around 7,000 tonnes each year, with a slowly growing demand and price. In fact, Australia is now a net importer of its own iconic oil!

But a range of cutting-edge new uses for plant-based oils appear set to give this old dog some new tricks, potentially jolting the local eucalyptus oil industry out of its sleepy niche and into the high-tech limelight.

What’s in the oil?

Eucalyptus oils are a cocktail of aromatic compounds called terpenes. The oil that is sold in pharmacies and supermarkets is dominated by one compound called eucalyptol that instantly gives it a recognisable medicinal scent. This oil is sourced from about a dozen species.

There are many other types of oils from Eucalyptus. Oil from the lemon-scented gum, for example, is full of citronellal, which is used in perfumes and insect repellents. What makes a specific oil valuable are the commercial uses for the major terpenes found in that oil.

Powering a modern jet aircraft with anything other than fossil fuels is a big ask. Renewable ethanol and biodiesel might do fine in the family SUV, but they just don’t possess a high enough energy density to cut it in the aviation industry.

Certain terpenes commonly found in oils from eucalypts, such as pinene and limonene, can be refined through a catalytic process, resulting in a fuel with energy densities in the same league as JP-10 tactical jet fuel.

Turpentine from pine trees is another potential source of these terpenes, but pines grow more slowly than eucalypts.

As a pure fuel, or as an additive to standard aviation fuels, the potential exists to carve out a renewable slice of the enormous aviation fuel market, if the volume of terpene production can be increased to economically competitive levels. Current plantations produce up to 200kg of oil per hectare per year, but by selecting the best genetic stock it is estimated that yields could be more than 500kg per hectare.

The 2010 Nobel Prize in Physics was awarded for the discovery of the physical properties of graphene, a two-dimensional carbon grid or film, less than one-millionth of a millimetre thick yet more than 100 times stronger than steel.

In fact, a square metre of graphene can support the weight of a house cat, but weighs less than one of its whiskers. Production value in 2012 was US$9 million and growing fast, and new ways of producing graphene are keenly sought.

Terpinene-4-ol, which is found in Eucalyptus and its close relative tea tree, is an ideal starting material for the direct production of high-quality graphene. This method is scalable and sustainable, potentially providing the solution to the growing demand for graphene and opening up further innovative uses for Eucalyptus oil.

Worldwide, more eucalypts are grown for the production of pulp, paper and timber than any other type of tree. However, all of that global production comes from just over a dozen of the almost 800 Eucalyptus species that occur naturally in Australia, and mostly from a limited ancestry. This means the existing plantations lack genetic diversity and they also lack diversity and variability of oils.

This is where Australia’s advantage lies. We have the choice of 800 species growing in every imaginable ecological niche and possessing vast genetic diversity. For example, within a single species the amount of oil found in leaves can vary 30-fold among wild individuals, which can contain as many as six different major oil variants.

Australia has a veritable smorgasbord of variation from which to select plants with high yields of the right oil for new commercial purposes.

Growing eucalypts for oil can provide benefits beyond the commercial value of the terpenes. Several Eucalyptus “mallee” species, which happen to be prolific oil producers, are purposely planted in wide rows on agricultural land to combat dryland salinity and prevent soil erosion.

Mallees are known for their bushy form, which is best described as a “ball of leaves”, and can be re-harvested for oil every 1-3 years. This puts them in the rare class of being renewable oil crops with added ecological benefits.

Ramping up oil production would still require large, dedicated plantations. A frequent criticism of biofuel crops is that land suitable for food production is diverted to fuel production, in turn pushing up food prices. But many eucalypts can grow well on marginal land that is not used for other agricultural purposes, skirting this issue altogether.

With the right genetics from the right species grown in the right places, the humble Eucalyptus oil may be on the verge of an ecologically sustainable renaissance.

Click on these links if you would like to know more about Emu Ridge and our Kangaroo Island Eucalyptus oil Distillery History or our range of pure natural Australian produced eucalyptus oil and products.