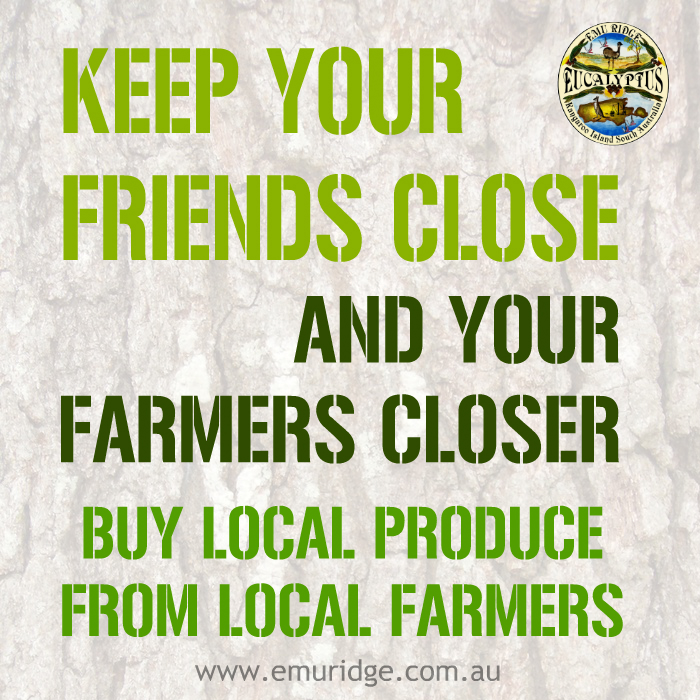 OUTBACK SCENE: Wayne Piltz, Southern Emu, Moorook, with some of the emus on-farm.

Australian emu meat is making its way to more plates, after a partnership between a producer and a chef translated to more retail opportunities.

Southern Emu director Wayne Piltz, Moorok, who farms emus with son Darryn, has been in the emu industry for more than two decades and said it has been through some tumultuous times.

“I was involved in the initial build-up in the early to mid 1990s,” he said. “At that stage there were more than 100 farms. I found out last year that I’m the only licensed emu farm left in SA.”

In the past year, Wayne has teamed up with chef and native food enthusiast Andrew Fielke to supply emu meat for his Tuckeroo food brand.

While Wayne is celebrating the news of the meat partnership, he said the primary income in emus remains from oil.

The birds are killed at an abattoir at Wycheproof, Vic, which is about about an 800-kilometre round-trip, but is the closest facility available.

Wayne sells half the fat to the abattoir with the other half rendered into emu oil, with the majority of the Southern Emus oil sold to the Emu Ridge Eucalyptus Oil Distillery on Kangaroo Island.

At one stage, the farm ran up to 2000 birds, but this year Wayne said they killed about 330, with all meat going to Tuckeroo.

They have 600 birds on the property, with about 28 hectares fenced into emu pens.

“This year we might hatch 600 chicks if we know we have the markets for them,” he said.

He has selected breeders, which can each produce up to eight eggs at a time.

Emus build up fat supplies in spring and summer ahead of their breeding season from March to June.

Wayne said the optimum slaughter time was before the breeding season, at about 18 to 20 months old. He aims to produce about 8.5kg to 9kg of fat per bird, with fat worth between $25/kg to $35/kg.

He said meat returns essentially covered the cost of slaughter. 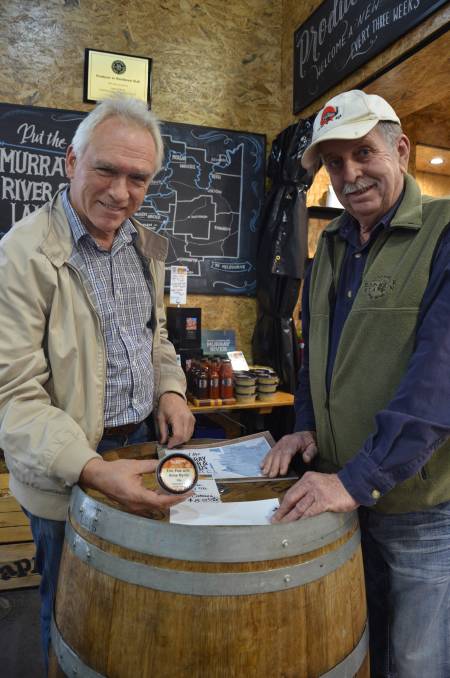 TASTE TEST: Tuckeroo’s Andrew Fielke and Southern Emu’s Wayne Piltz with emu pate at the Murray River and Lands on your table stall in the Adelaide Central Markets.

“I’ve been a native food distributor since 2001, and in the past two years we’ve had phenomenal growth and interest in the sector,” he said.

Mr Fielke has teamed up with Riverland operation Southern Emu to produce a range of emu meat products.

He has worked with emu on and off through the years but liked the idea of sourcing a supply from an SA business.

“As a Riverland boy, I’m passionate about supporting local producers,” he said.

The range of emu products includes pate, pies, kabana and sausages, while his next project is a smoked emu in a proscuitto-style.

He wants to retail these in gourmet shops, while some will also be available in selected Riverland outlets, such as Flavours of the Riverland, as well as at the Riverland Markets.

Mr Fielke said the move towards native foods was started by leading international restaurateur Rene Redzepi at noma in Copenhagen, who set the trend for using food sourced from the local regions.

This has been taken up by high-end Australian restaurants, using native Australian produce.

“This trend then filters down to gourmet shops, hotels and restaurants throughout Australia,” he said.

Mr Fielke also supplies the emu kabana and pate to camping tour companies out of Alice Springs, NT, and Darwin.

“It allows international tourists to enjoy outback Australia with a native food inspired meal,” he said.

Since 1991 we have believed that farming our natural resources in a sustainable way is our greatest asset. Eucalyptus is but one of the things that grows naturally on our property. The government is making it very hard for us to farm this way on Kangaroo Island! Our Wallabies and Kangaroo’s are culled (shot ) and left to rot in the ground. They revoked our Emu Farming licence and we are now only permitted to sell emu eggs for both edible and hollow eggs sales, not for meat and leather. We will continue to fight these regulations. Farming our natural resources is far better for the environment. We used to be sheep farmers way back in another life!
I hope you enjoyed this story ~Bev~
Source – some of this Story was in the Stock Journal written by  Elizabeth Anderson 2 Aug 2017, 7:30 a.m. News
Share this post
Facebook Twitter Google Pinterest